If you don’t dare to challenge yourself, you might lose the best opportunities in life. To celebrate this year’s Internationl Women’s Day, under the theme of #ChoosetoChallange, we have 3 inspiring stories of women from different industires that have chosen to challenge themselves to create new beginnings. 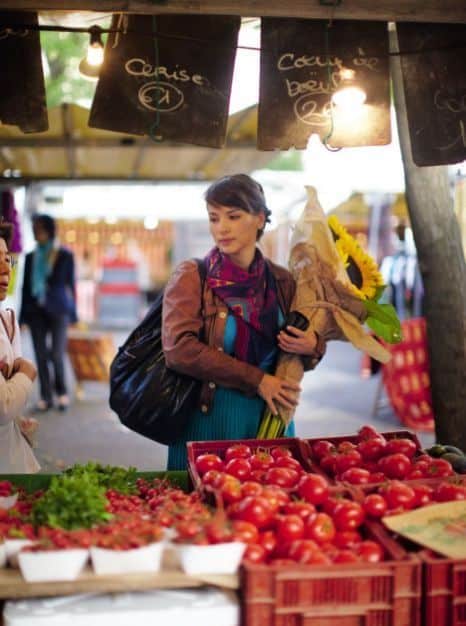 “For me, inspiration comes in all forms and sizes, and can often be found in the most surprising and unsuspecting of places.” – Rachel Khoo

Rachel Khoo, a talented celebrity chef with a unique style of fashion is currently also a TV producer, presenter, podcast broadcaster, food writer and best-selling cookbook author – of six books, translated into fourteen languages. She is also the editor-in chief and founder of Khoollect, an online lifestyle magazine created to be a home for creativity and inspiration.

Born to a Malay-Chinese father and an Austrian mother in Croydo, South London, Khoo grew up in a mixed cultural heritage with interesting family meals.

After graduating from Central Saint Martins College of Art and Design with a Bachelor’s degree in Art and Design, Khoo worked in PR and e-marketing for the shirt-maker Thomas Pink for two years, but for her love of food, she decided to chase her dreams by moving to Paris and honed her pâtissière’s skills at Le Cordon Bleu, where she graduated with a diploma in pastry making.

Khoo successfully pitched her concept for a new cookbook to Penguin, the UK publisher and turned her little Paris flat into a home restaurant that fit for just two diners at the time to test recipes for her cookbook, The Little Paris Kitchen, which later became a bestseller. Her restaurant quickly attracted a large fan base by using social media.

Later, The Little Paris Kitchen : Cooking with Rachel Khoo was broadcasted on BBC Two, filmed in her petit Paris kitchen and she soon raised to fame by her fun and natural personality, presenting delicious menus that anyone can cook at home. But even with her sweet personality, she has been quite clear and straight forward in an interview that she found it “pathetic” that there weren’t enough female chefs broadcasted. 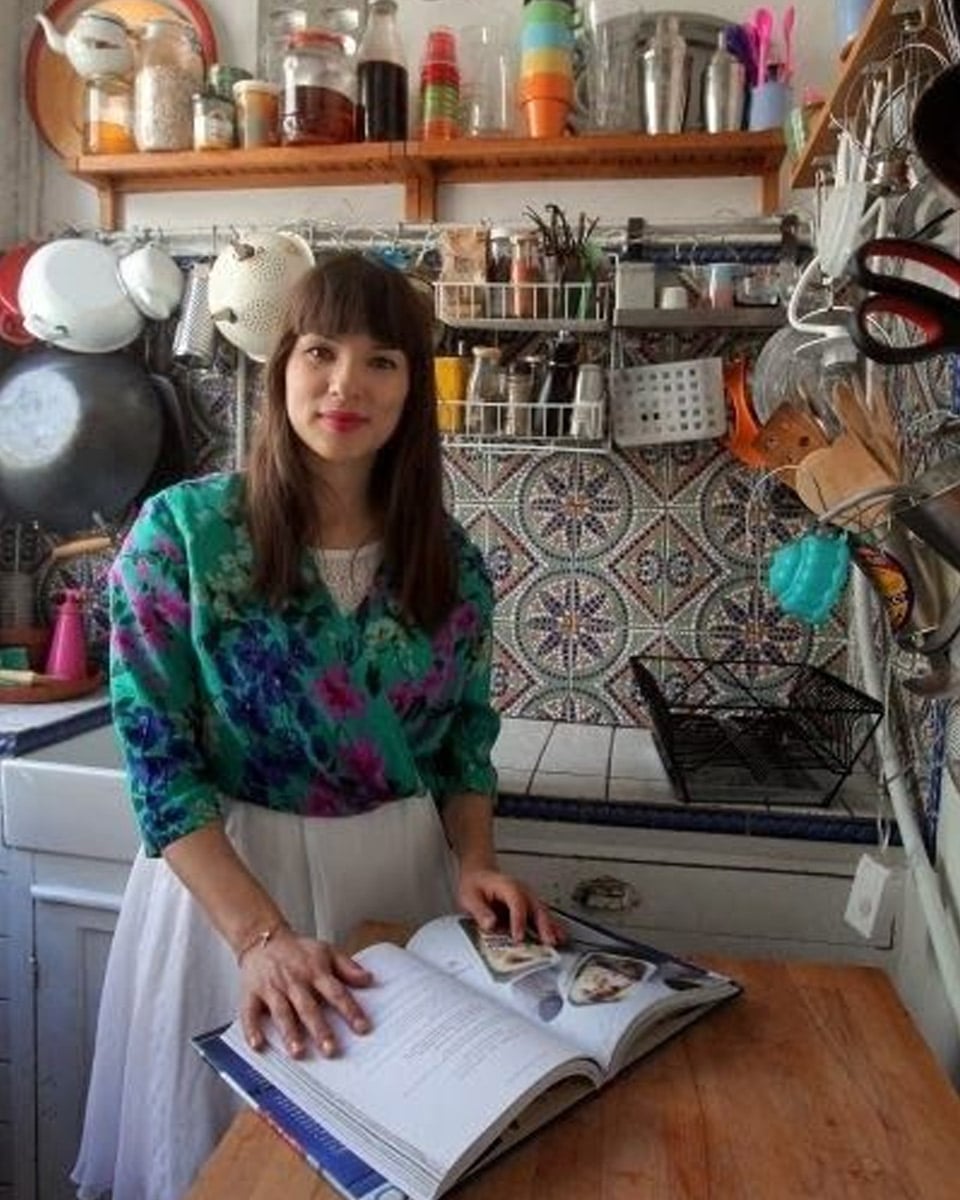 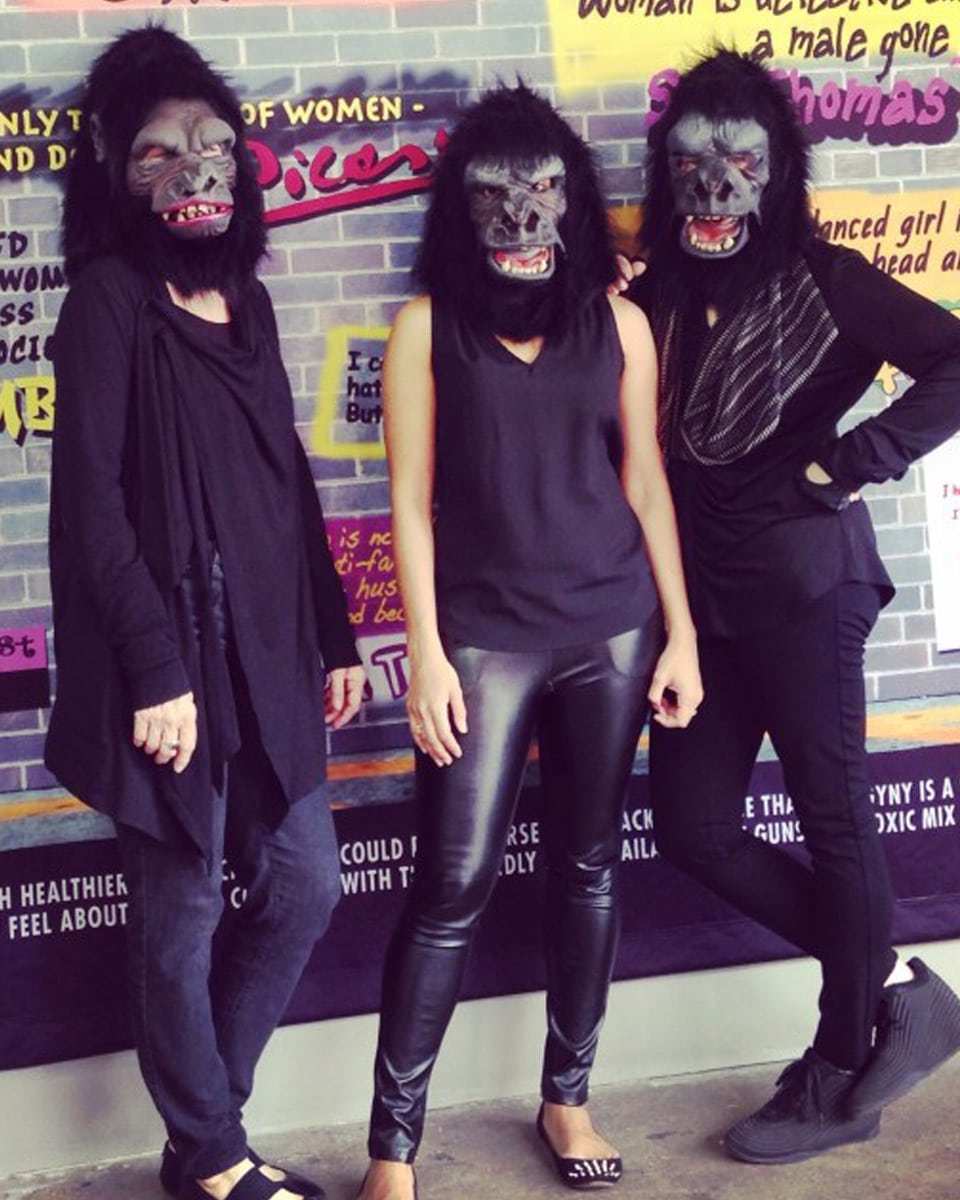 “We saw no opportunities for women artists and artists of color, and everyone was pretending that everything was OK.” – Guerrilla Girls

Who are the Guerrilla Girls? Nobody would ever know since they stay anonymous by wearing gorilla masks and using names of women artists in the past as pseudonyms. Guerrilla girls are feminist activists’ artists based in New York, which was founded in 1985.  In that time, the group has had over 55 anonymous members diverse in age, sexual orientation, class and from many ethnic backgrounds and continue to expose sexual and racial discrimination in the art world, particularly in New York, and in the wider cultural arena until this day.

The group came together in response to the 1984 “International Survey of Painting and Sculpture” exhibition at MoMA, New York. They were incensed that there were only 13 female artists from 169 artists and none of them were people of color. 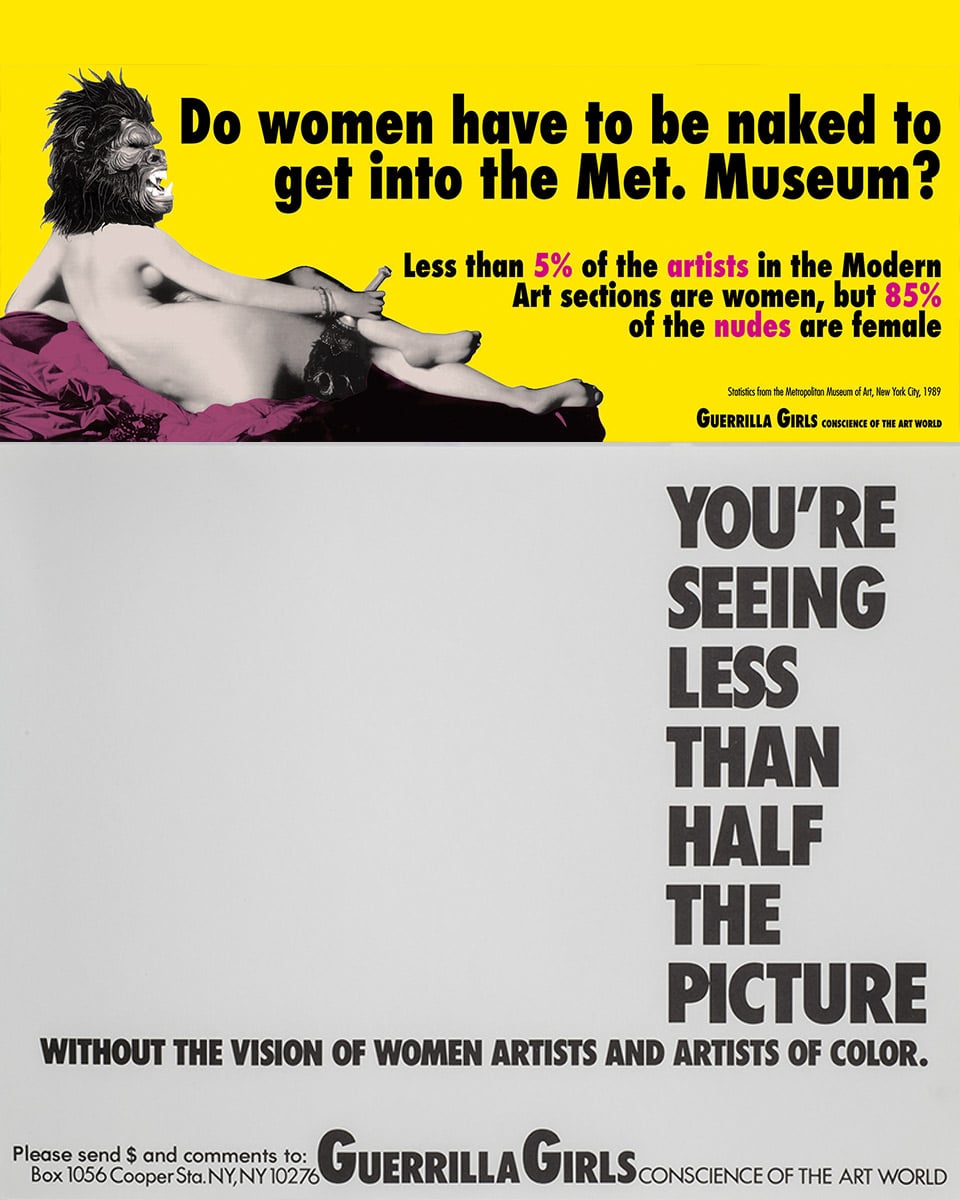 The idea of using gorilla masks was from a simple misspell mistake. A former member of the group spelled the word Gorilla instead of Guerrilla, so they decided it was a good idea to use gorilla masks to keep the focus on the issues they wanted to convey, instead of focusing on their personalities. The Guerrilla Girls have done hundreds of projects to fight discrimination and support human rights for all people and genders by using posters, actions, books, videos and stickers with facts, statistics, humor and outrageous visuals. They also do interventions and exhibitions at museums and their famous campaign was a billboard depicting the concubine in Jean-Auguste-Dominque Ingres’ 1814 painting Le Grande Odalisque wearing a gorilla mask, alongside the slogan Do Women have to be naked to get into the Met. Museum? Since they found that less than 5% of the artists in the Modern Art sections were women, but 85 percent of the nudes were females. 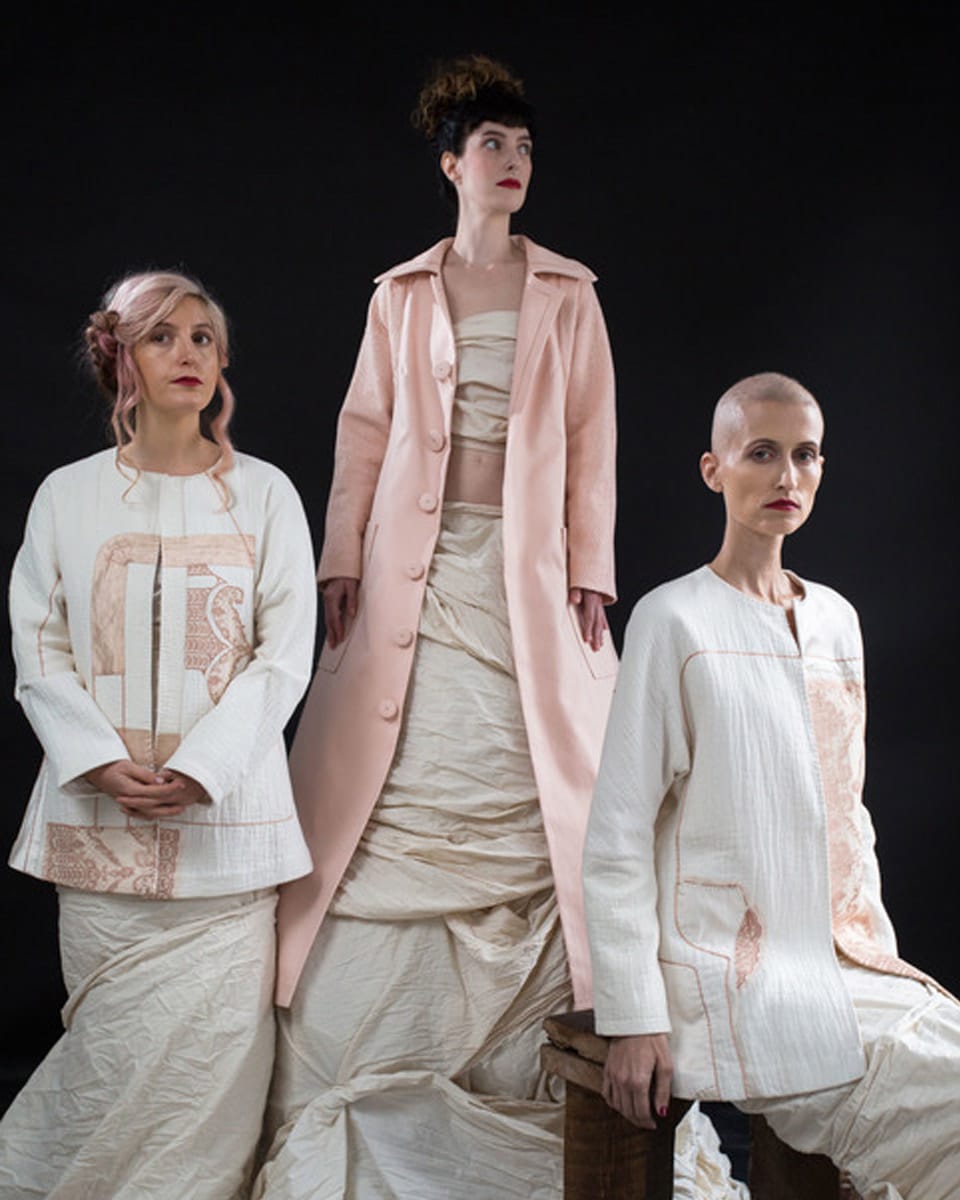 “I began seeing the clothes I had been accountable for making as post-consumer waste: in thrift stores, jammed into markdown racks, and on the streets as rags.” – Karen Glass

Karen Glass is the founder and designer of Ø Glass (Zerøwaste Glass), a zero waste design brand that not only is environmental friendly but has also partnered with Beloved Atlanta to provide a safe and nurturing work environment for women who have survived victimization and sex trafficking and to also provide a commerce platform for artists.

Ø Glass up cycles second hand garments & textile waste into incredible fashion and makes new clothes with 0.05% waste and each piece is produced by 6-8 women artisans and aim to aspire to raise awareness and action about living life more consciously, with fewer things of greater value, hoping to inspire people to think and act more consciously, to be more aware of the consequences of their choices and actions. 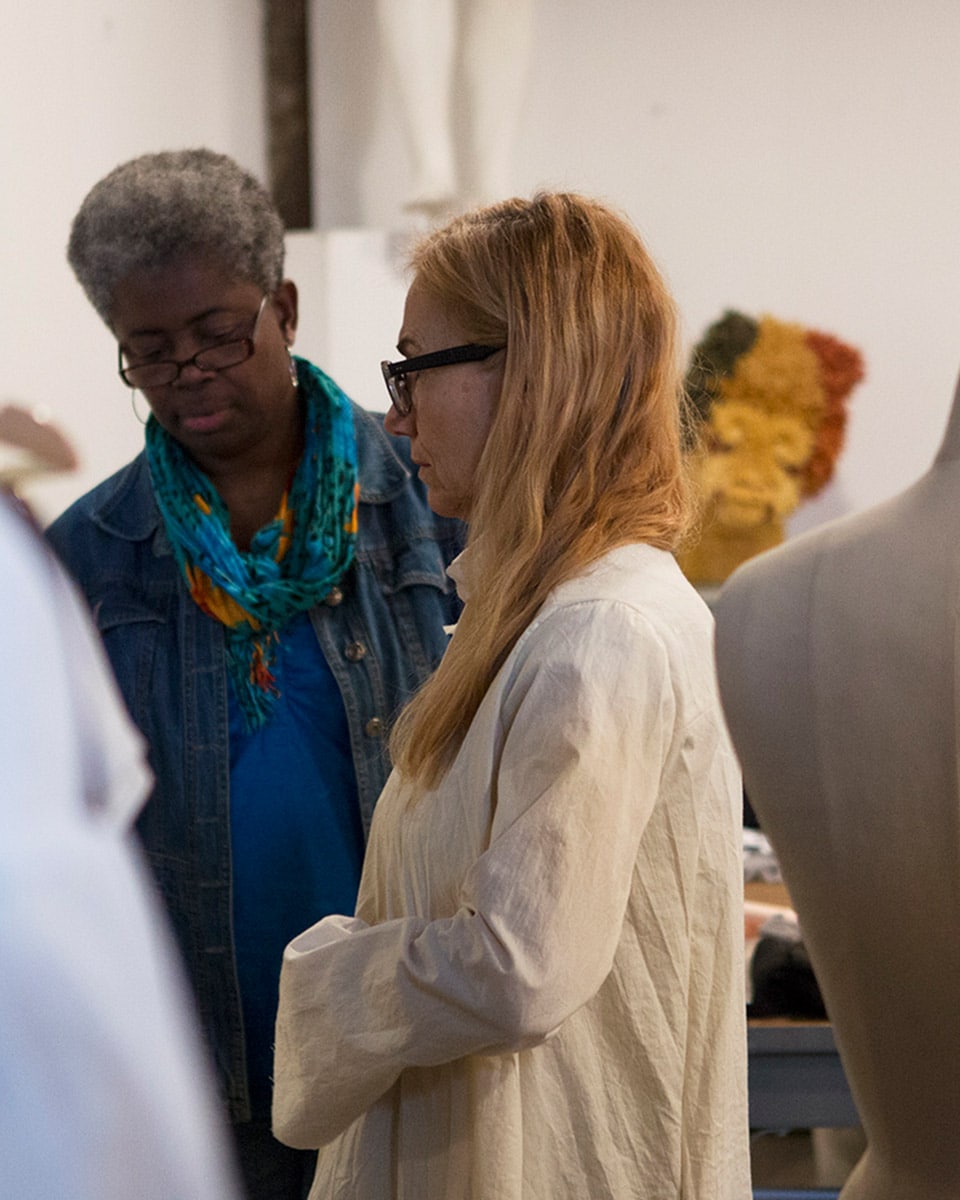 Glass has worked in the fashion industry for most of her life and was accountable for making millions of pieces of disposable clothing. She founded Ø GLASS in 2015 while living and working out of her studio in Florida. she was deeply involved in the development and process of an organic farm on her property.

It took years for Glass to develop the brand, and to create her collections, she was always on the hunt for new textiles, unique clothes from flea markets, scraps from textile art houses, factory samples rooms or cutting room end cuts and turn them into seasonless, high-fashion clothing by her talent of stitching bits and pieces together. She creates comfortable clothes for everyday life and can be worn for a lifetime.